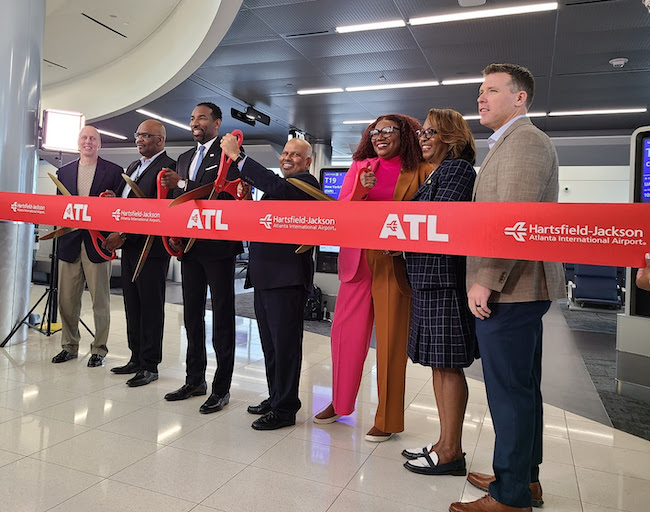 “Adding (the T North extension) to our infrastructure simply strengthens our position as a global gateway,” Atlanta Mayor Andre Dickens, said. “And so the extension will enhance the customer experience. . . . so I’m happy to say that this is yet another example of how we are moving Atlanta forward together.”

The extension – made necessary to accommodate an increasing number of passengers at ATL – has more than 35,000 square feet of concourse and concessions space. Additionally, new gate areas (hold rooms), boarding bridges, apron-level tenant spaces, and airfield apron pavement with hydrant fueling are included in the space. Its new five Aircraft Design Group III gates, T17-T21, have the capacity for aircraft with a wingspan between 79 and 118 feet. These gates will primarily be used by United Airlines.

The T-North Five Gate Extension Project will increase efficiency as we are able to accommodate an ever-growing number of travelers at the world’s busiest and most efficient airport,” ATL General Manager Balram Bheodari said.